With vaccination programmes underway and many countries now opening their borders, the time has come for a reset so that we can better position our economy for growth. We need to spend where there is need and save where there is waste.

The past year has seen an extraordinary amount of money deployed by governments around the world to support their economies during the Covid-19 pandemic. New Zealand is no different, having spent an extra $40 billion on schemes such as the $14 billion wage support scheme.

But with vaccination programmes underway and many countries now opening their borders, the time has come for a reset so that we can better position our economy for growth. We need to spend where there is need and save where there is waste.

The best and potentially only way to realistically tackle the debt burden we have taken on is to grow our economy. Doing so will mean New Zealanders have secure jobs and incomes, and our communities will be safer and stronger as a result.

To achieve this, I would work alongside businesses to help them operate profitably and pursue ambitious growth plans.

Strong businesses mean more jobs, higher wages, and more opportunities for our younger generation. A strong economy also provides more money for governments to spend on important things like health and infrastructure, and it leaves us better placed to take action on climate change.

I would also be encouraging our businesses to diversify. This is essential having seen how Covid-19 decimated the $17 billion international tourism market and $5 billion foreign student market that we have traditionally leaned on.

I would also be supporting the industries still reeling from Covid-19. These include the tourism, accommodation, and international student markets. The hit these sectors took has had a pronounced impact on regional tourism spots like the West Coast, Rotorua and Queenstown.

More funding for regional areas is required but the allocation and prioritisation of these funds should be determined by the communities themselves, not set by officials in Wellington.

Housing would also be top of my agenda. While there is a pressing need for affordable housing, a lack of emergency housing is also an issue. This problem has ballooned in places like Rotorua where there has been an estimated influx of 2000 people into about 45 motels. This cannot be a permanent solution.

As finance minister, I would be engaging the private sector to deliver modular houses that can be transported easily and erected quickly. This needs to be accompanied by significant cut-through on resource and building consent processes.

National has already proposed a fast-tracking process similar to what we implemented following the Canterbury earthquakes. It got houses built then and it would do so again. Alongside this, I would also implement a funding package to help local councils finance water and road infrastructure for new housing developments.

It has been disappointing to see projects like the proposed new $1.4 billion Dunedin Hospital delayed by three years while the Government ponders a final business case. We need to get these important projects underway.

However, the most significant issues when it comes to health are increasing funding for Pharmac and the mental wellbeing of New Zealanders. At the last election, National promised an extra $220 million for Pharmac. In 2019, the Government allocated $900 million over four years for mental health but hasn’t delivered, committing just $130 million so far. I would implement National’s plan as a matter of priority, including funding 100,000 free counselling sessions nationwide.

I would also publish a 10-year infrastructure plan that covers transport, hospitals and schools so contractors have the certainty they need to gear up to deliver these projects – and I would stick to this plan.

Recent talk of the Government scaling back major transport infrastructure projects is particularly damaging because it creates uncertainly for the local and international contractors that we desperately need to invest in training people and buying new equipment.

I would also announce a programme to work with the private sector on completing the rollout of digital services to all New Zealanders, especially those in our provincial areas. Our farmers and those living in small rural towns deserve the same digital access as those working in Queen St or Lambton Quay. 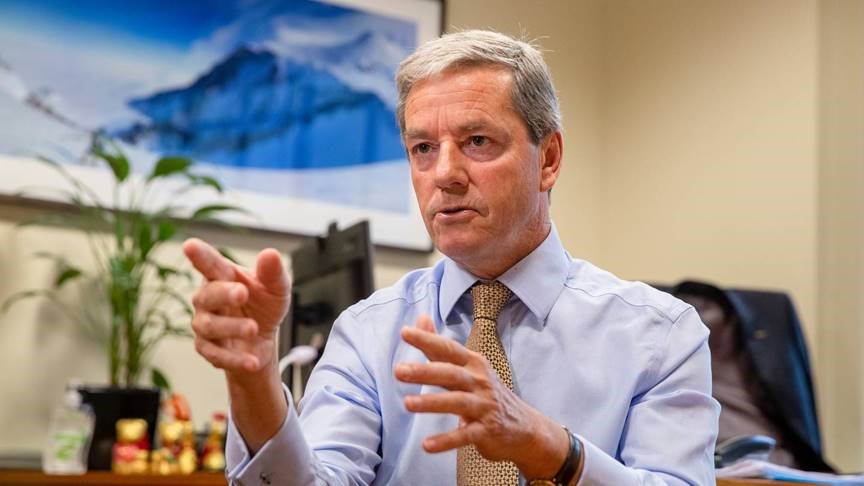